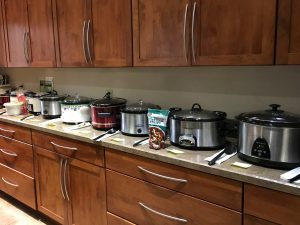 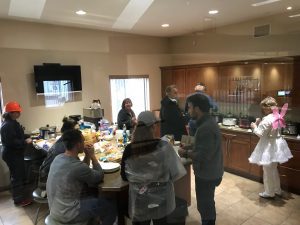 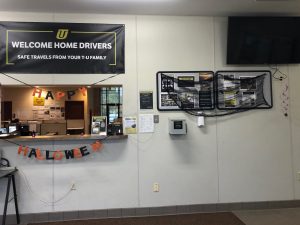 In addition, the office staff and agents participated in a costume contest 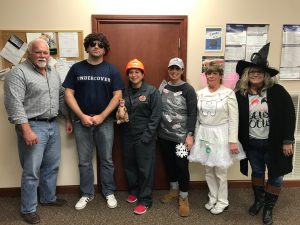 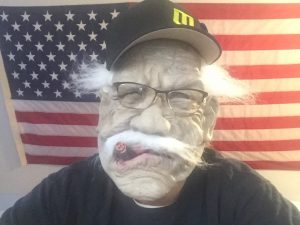 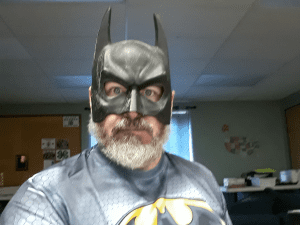 Pictured left to right: Jeff Fleming as himself, Garland Laughner as an undercover cop, Karina Chavez as Jurassic Park employee, Nikki Kingery as a millennial, Tylene Scott as the Tooth Fairy, Kim Young as a witch, Lisa Krueger as “an old trucker”,  and Griffin from our Four Corters Agency as Batman.

It was a fun day!