National Pipeline Shut Down Due To Hackers

National Pipeline Shut Down Due To Hackers

The Colonial Pipeline that supplies 45% of the fuel consumed on the East Coast of the United States has been shut down due to malicious hackers. The hackers demanding and unknown ransom for return of control of the pipeline have not yet been paid.

Two days after the shut down, a waiver for Hours of Service was put in place allowing trucks transporting fuel to operate without a time restriction and deliver more loads. It is unclear how long the shut down with take place but it could great tension nationally as the supply chain has been greatly interrupted. 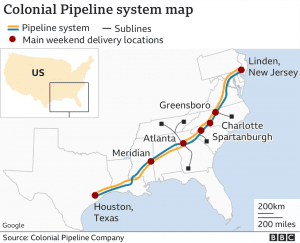